Disclaimer: What’s below is my interpretation of the meeting and not an official communication from the RTM or from the Town of Westport

These agenda items solicited little to no commentary or questions from the public or individual RTM members.  In fact, after announcements, the meeting was only 50 minutes long.  Given that the footage of each agenda item is relatively short, I've included time markings for the start of each agenda item for the official town video instead of creating an edited version of the same footage.

The WestportNow.com article about the meeting is available here.

AGENDA ITEM #1:   The reappointment of Patricia Cimarosa to the Board of Directors of the Westport Transit District: 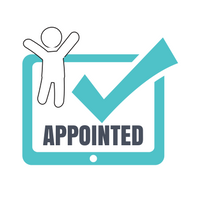 Discussion of this agenda item begins at 20:20 in the town video and was moved first on the agenda so that Ms. Cimarosa wouldn't have to stay for the entire meeting.

The RTM formed the WTD in 1968 and appoints its board of directors, which consists of two members that serve for staggered four-year terms.

Ms. Cimarosa's resume describes her seven-year experience as the Executive Director of the Westport Housing Authority and leadership roles in other jobs.  Her accomplishments as current director for the WTD include:

The RTM voted unanimously to reappoint Ms. Cimarosa to the WTD board of directors.

AGENDA ITEM #2:   The approval of a pension agreement between the Town of Westport and our local Firefighter's union:

Discussion of this agenda item begins at 26:40 in the town video.

Attorney Floyd Dugas summarized key features of the pension agreement and provided some background information regarding the negotiations.  As Mr. Dugas explained, in October 2017 the RTM approved a prior version of the same pension agreement.  The firefighters subsequently rejected the agreement and the parties engaged in further negotiations.  The firefighters recently approved a new version of the pension agreement.  An important modification in this agreement is that employees hired before July 1, 2017 will contribute 9% of their salaries to the defined benefit program (e.g., a traditional pension) rather than 10%.  This change will result in increased expenses for the town of $850,000 over the next 20 years.

There are no other changes in the pension agreement for employees with 20 years of service.  They will continue to be in a defined benefit program with more generous cost of living adjustments than their less-tenured colleagues.  These employees may retire as of July 1st at the later of (1) 20 years of service or (2) age 49. 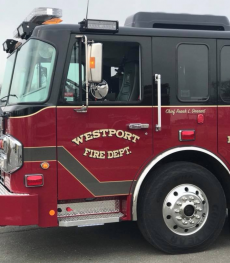 There are additional changes to the pension plans of employees hired before July 1, 2017 but who have not yet served 20 years.  According to Mr. Dugas, these changes bring the pension in line with neighboring towns in Connecticut, and include:  (1) capping the cost of living adjustment to pension payouts at 2.75% after age 65 (rather than 4%), (2) reducing joint and survivor benefits, and (3) increasing the retirement age so that employees may retire as of July 1st at the later of (a) age 52 (rather than age 49) or (b) the completion of 20 years of service.

Employees hired on or after July 1, 2017 will be in a hybrid program that includes both a defined contribution plan (e.g., a 401K), where the town would match 50% of employee contributions up to a total of 3% of employee salary, and a defined benefit plan.  The defined benefit plan will have no cost of living adjustment and the employee contribution to the plan will be 8% of employee salary.  These employees may retire as of July 1st at the latest of (1) age 55 with 20 years of service, (2) 20 years of service, or (3) age 60 plus 10 years of service.  Mr. Dugas said that, in his opinion, this hybrid plan strikes a good balance; it reduces pension costs for the town - which, with employee turnover, will eventually reach $1 million savings per year - but sill provides competitive and attractive benefits to prospective new hires.

The RTM voted unanimously to approve the pension agreement.

AGENDA ITEM #3:  The approval of a collective bargaining agreement between the Town of Westport and our local Firefighter's union and an appropriation of $200,000 for the town to meet its obligations under this agreement:

Discussion of this agenda item begins at 52:01 in the town video.

Mr. Dugas' explained the key features of this agreement, which has a term of July 1, 2017 to June 30, 2020 and includes the following changes:

The RTM voted 32-0 to approve the employment agreement and appropriate $200,000 to meet the town's current fiscal-year obligations under this agreement.  One RTM member abstained from the vote.

AGENDA ITEM #4:  Authorization for the town to purchase 1 additional dump truck - 6 dump trucks rather than 5 - for the same amount of money ($850,000) already appropriated by the RTM. 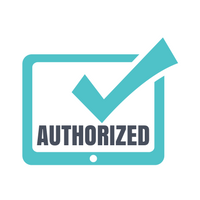 Discussion of this agenda item begins at 1:02:00 in the town video.

In March 2016 the RTM appropriated $850,000 and approved the issuance of bonds to finance the purchase of 5 dump trucks.  These dump trucks were to replace 5 existing dump trucks purchased in 2002.  Peter Ratkiewich, the Director of Public Works, received a favorable bid that will allow the town to purchase 6 Freightliner dump trucks with the same funds that were already appropriated.

The RTM voted unanimously to authorize the purchase and bond financing of the additional Freightliner dump truck.  For purposes of this summary I have simplified the RTM's official resolution, but you can see all 2.5 pages of it, including more details regarding the bond financing, here (click and then zoom in) under resolution #3.

Disclaimer: This summary is my interpretation of the meeting and not an official communication from the RTM or from the Town of Westport.