Alicia Mozian, Westport's Conservation Director, provided some background regarding the proposed amendment.  The Waterway Protection Line Ordinance ("WPLO") has been in place since 1980 and is administrated by both the Conservation Commission and the Flood and Erosion Control Board.  Ms. Mozian said that both departments would like to change many provisions in the WPLO, but they hope to start with Section 30-91.

The proposed amendment is noted in red below. 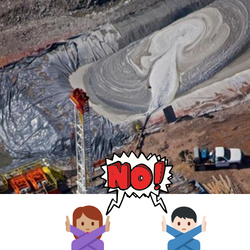 Wendy Batteau, chair of the RTM Environment Committee, provided the following background regarding the committee's proposed ordinance banning hydraulic fracturing waste (aka "fracking waste").  Currently, Connecticut has a state-level moratorium on certain activities associated with fracking waste (CGS § 22a-472).  That moratorium will expire on July 1, 2018.   If passed, SB 103 would have banned fracking waste in Connecticut, but the bill never made it to the floor for a vote.  Ms. Batteau explained that, due to the impending expiration of the moratorium, 46 towns in Connecticut have passed ordinances that would ban fracking waste and 50 towns are working towards doing so.  These ordinances are identical to one another or substantially similar to the one proposed in Westport.  Ms. Batteau also explained that the law firm Halloran & Sage has vetted the ordinance.

State Representative Jonathan Steinberg spoke in support of the proposed ban.  He explained that hydraulic fracturing operations in Pennsylvania are trying to find places to send their waste, which contains heavy metals, chlorides, bromides, and other substances that are logarithmically higher than what would normally occur in the environment, and that these substances cannot be removed or processed effectively by treatment plants.  Representative Steinberg told the audience that this waste is dangerous and not something that the town of Westport or Connecticut as a whole should want in its backyard.

Exposure to fracking waste and the substances in it could be very harmful to humans.  For example, one scientist that has studied the health effects of fracking on children explained that, "Given the profound sensitivity of the developing brain and the central nervous system, it is very reasonable to conclude that young children who experience frequent exposure to these pollutants are at particularly high risk for chronic neurological problems and disease"

The proposed ordinance can be read in its entirety here and is excerpted below.

1.     The application of natural gas waste or oil waste, whether or not such waste has received Beneficial Use Determination or other approval for use by DEEP (Department of Energy & Environmental Protection) or any other regulatory body, on any road or real property located within the Town for any purpose is prohibited.

2.      The introduction of natural gas waste or oil waste into any wastewater treatment facility within or operated by the Town is prohibited.

3.      The introduction of natural gas waste or oil waste into any solid waste management facility within or operated by the Town is prohibited.

4.     The storage, disposal, sale, acquisition, transfer, handling, treatment and/or processing of waste from natural gas or oil extraction is prohibited within the Town.

AGENDA ITEM #3:  The approval of the Westport County Playhouse's application under the Neighborhood Assistance Act 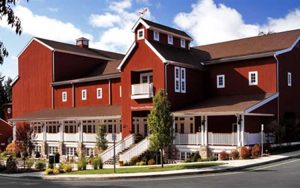 The 2018 Neighborhood Assistance Act ("NAA") allows businesses to receive a corporate State tax credit when they make a donation to certain non-profit programs.  To create a program that would be eligible for such donations, a non-profit submits a program proposal for approval to its town's legislative body and, if approved, to the state for consideration.

In its application, the Westport County Playhouse proposes replacing its current lighting with LED lighting.  Under the NAA, 100% of donations to qualifying programs related to energy conservation are eligible for corporate State tax credits, subject to certain caps including a limit of $150,000 per qualifying program.

At the RTM meeting, Elaine Daignault, who is the Director of Human Services, explained that the RTM's sole function in approving the application was to certify that the Westport County Playhouse is "a recognized community agency in town" that "provides a valued service to the Westport community."

The RTM voted unanimously to approve the application. 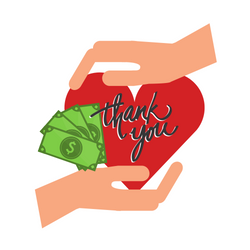 Police Chief Foti Koskinas told the RTM that an individual who wishes to remain anonymous has donated $200,000 to the Police Department for the renovation of the locker rooms.  This individual has a longstanding relationship with the police department and offered to donate the funds after seeing the current state of the locker rooms.

RTM Moderator Velma Heller noted that the monetary gift is predicated on the appropriation of the funds for the renovation of the locker rooms to be discussed in the next agenda item.

The RTM voted unanimously to accept the donation. 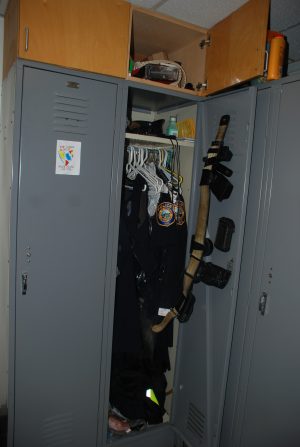 Police Chief Foti Koskinas described the current state of the police locker rooms, which have not been updated since 1980.  Currently, the plumbing system fails every few months.  The women's locker room is not large enough because, back then, the department had one female officer versus the average of 14 female officers on the force at any given time today.  The locker rooms are also generally in bad condition and can't accommodate the needs of the modern Westport police officer, who carries a number of electronic devices including work phones, tasers, body cameras, rechargeable flashlights, and police radios.  Because the current lockers do not have outlets or charging stations, all of these items end up plugged in at any available outlets in the police station.  That, in turn, makes it harder for the department to hold officers accountable for any items that go missing.  Westport police officers also wear body armor, which is large and requires drying systems.  To the right you can see a picture of the current lockers.  Perhaps fortunately for us, what is not captured is the smell due to the lack of ventilation.

Chief Koskinas explained that the locker rooms were in poor condition not due to neglect but rather because town had deferred making updates.  There had been talk of moving the police department to a different location in town, where new locker rooms would have been built.  Currently, the police department plans to stay at 50 Jesup, and the town has replaced the building's roof and is working on replacing the heating and cooling systems.  The proposed renovation will expand the women's locker room, update the electrical and plumbing and shower/toilet areas in both locker rooms, and install security features and new lockers that include charging stations, ventilation, and drying racks for the body armor.

RTM member Kristan Hamlin questioned Chief Koskinas regarding whether there had been competitive bidding with respect to the renovation project.  Chief Koskinas replied that the Public Works department would be handling the project and putting tasks they were not completing themselves out to bid.  The one exception was the purchase of lockers.  Chief Koskinas said that (1) the department wanted a specific type of locker that was best suited to their needs, and that this would be purchased directly from the manufacturer's tri-state dealer, and (2) getting that specific kind of locker was so important that the donor would be happy to donate the lockers directly to the town rather than providing cash to cover that part of the renovation.

The RTM voted to approve the appropriation, with Kristan Hamlin dissenting and Amy Kaplan abstaining.

Following the meeting, our town attorney emailed the RTM with a copy of the town's Purchasing Procedure & Policy, which can be read here.  No violation of the policy has taken place, and Finance Director Gary Conrad and town attorney Eileen Flug will ensure that this continues to be the case throughout the renovation project.

By way of background, some towns have competitive bidding ordinances instead of town policies/procedures.  Five RTM members, including Ms. Hamlin, proposed a competitive bidding ordinance for Westport in 2015.  As drafted, the proposed ordinance had some critics, and ultimately never made it out of the committee process and back to the RTM for a vote.  The town attorney did, however, end up revising the Purchasing Procedure & Policy to address some of the concerns that motivated the proposed ordinance.

AGENDA ITEMS#6:  The appropriation of $28,530 for expenses incurred by the Police Department due to the March winter storms and a security incident at Staples High School

Police Chief Foti Koskinas requested $28,530 for additional expenses due to the March winter storms and the security incident at Staples High School (for more information on the nature of what occurred, see here).  These expenses included the following:

Chief Koskinas was happy to report to the RTM that his department had applied for and just received $8,000 of restitution from the family of the Staples student whose alleged behavior resulted in the security incident.  This amount will revert back to the town's general fund.

In the RTM Finance Committee report, author Seth Braunstein suggested that the RTM "[k]eep in mind that the Police Department's budget for 2017-2018 included a reduction to overtime of $92,000, so this request is in part a reflection of the cuts that have already been made to their funding."

AGENDA ITEM #7:  The appropriation of approximately $59,539 for expenses incurred by the Fire Department due to the March winter storms

Fire Chief Robert Yost requested $59,539.02 for expenses already incurred due to the March winter storms.  These expenses included the following:

Chief Yost explained that the Fire Department typically increases its staffing from 15 to 20 per shift during emergencies as they are not able to rely on mutual aid from neighboring communities during these periods of elevated activity.  By way of example, the Fire Department typically receives 6 calls to service per day.  On the day of the storms, the department received between 73 and 110 calls.

AGENDA ITEM #8:  The appropriation of $418,562 for expenses incurred by the Pubic Works Department due to the March winter storms

Peter Ratkiewich, the Director of Public Works, requested $418,562 for expenses already incurred due to the March winter storms.  He explained that costs included those for snow removal, tree/limb removal, the costs of outside contractors associated with both tasks, as well as overtime for town employees.  Mr. Ratkiewich also noted that while the town has allocated $500,000 to the Storm Maintenance Account for many years, his department had spent these fund prior to March during this fiscal year.  According to Mr. Ratkiewich, overages of this nature tend to be cyclical; the RTM last approved a supplemental allocation to the Storm Maintenance Account in fiscal year 2014-2015.

Disclaimer: What’s above is my interpretation of the meeting and not an official communication from the RTM or the Town of Westport.