Disclaimer: What’s below is my interpretation of the meeting and not an official communication from the RTM.  You can view the meeting in its entirety here and read a related WestportNow.com article here.

AGENDA ITEM #1:  The appropriation of $70,000 for the conversion of the town hall boilers from oil to gas and the removal of the existing underground oil tank

In addition to covering the information in the agenda summary, Peter Ratkiewich, the Director of Public Works, explained the following

AGENDA ITEM #2:  The resolution not to reject a 3-year contract between the Westport Board of Education and the Westport Education Association so that the agreement would become binding 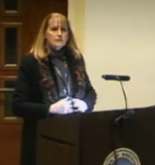 Dr. Palmer explained that members of the Board of Finance, RTM, and Board of Education ("BOE") participated in the negotiations, which she described as "positive and collaborative."  The end result, according to Dr. Palmer, was a contract that is fair to both parties.  She emphasized that (1) the financial implications of the contract fall within the range of other common teacher contracts within the state, and (2) the contract broadens teachers' responsibilities to "enhance the educational experience for our students."  By way of example, she mentioned that the BOE may now add an advisory period to the high school schedule and that elementary teachers meet their students as they arrive at school. 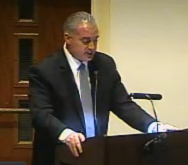 Mr. Longo provided the following overview of the financial implications of the 3-year agreement:

I summarized certain points from the joint committee report, including an important assumption behind the figures recited by Mr. Longo above - which is that these calculations assume that no teachers leave the district or are replaced.  Because the BOE tries to replace retiring teachers with lower cost employees, the incremental costs of the contract will likely be less than what is listed above.

In response to a question from RTM member Matthew Mandell, Dr. Palmer explained that this contract would result in a total increase to the 2019-2020 BOE budget of just under 1% as compared to the 2018-2019 budget.   This figure includes a budgeted assumption of $450,000 in savings due to teacher turnover (hiring new teachers at a lower salary than those they replaced).

As Mr. Mandell pointed out, Board of Finance members recently informed the BOE that the maximum total increase they'd like to see in any BOE budget was 1.69%.  That leaves approximately 0.75% for all other expenses, including salary increases that the BOE will be obligated to provide under the separate collective bargaining agreements for the school district's administrators, custodians, maintainers, nurses, paraprofessionals, and secretaries.

In response to a question from RTM member Seth Braunstein, Dr. Palmer provided the following additional information regarding the 2019-2020 budget:

This was not discussed at the meeting but, based on these numbers, it would be difficult for the BOE to keep any increases in their budget under a ceiling of 1.69%.

The RTM voted unanimously not to reject the agreement.

RTM member Wendy Batteau explained that, as compared to the first draft of the ordinance, the current draft ordinance would go into effect 30 days after it is passed into law.  She also noted that 55 other towns have passed anti-fracking waste ordinances, including Stamford, Greenwich, Hartford, Bridgeport, and New Haven.  Ms. Batteau will be working with the pertinent RTM committees to bring the ordinance to the RTM for a vote next meeting.

AGENDA ITEM #4:  The resolution not to reject a police pension arbitration award, so that the award would be final 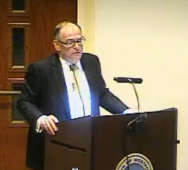 Floyd Dugas, outside counsel for the town, provided the RTM with background information regarding the police pension arbitration award:

The arbitration cost the town over $60,000 in legal fees.

Mr. Dugas recommended that the RTM take no action with respect to the award, which would render the award final.  By rejecting the award, the RTM would effectively appeal it to another arbitration panel.  Mr. Dugas said that this panel generally affirms the decision of the initial arbitrators, and that the associated legal costs for the town would be around $100,000.  He also pointed out that the resulting pension agreement is now in line with pension benefits for other police departments throughout the state and results in cost savings for the town of approximately $41 million over the next 20 years. 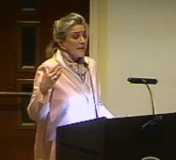 RTM member Catherine Calise expressed the view that the town should not be changing pension benefits for police officers hired before the effective date of the new pension agreement.  In response, RTM member Kristan Hamlin (1) noted that the town has to strike a balance between what is fair to taxpayers and to its various employee groups, (2) explained that all labor and employment collective bargaining agreements have fixed terms and it is common practice for those terms to change, and (3) pointed out some of the ways in which the award and resulting pension agreement is still very generous, including the fact that the town typically contributes 2.6 times more than employees to the pensions and the retirement age ranges between 49 and 55.

The RTM voted 31-1 not to reject the award, with Ms. Calise as the single dissenting vote.

Disclaimer: What’s above is my interpretation of the meeting and not an official communication from the RTM.