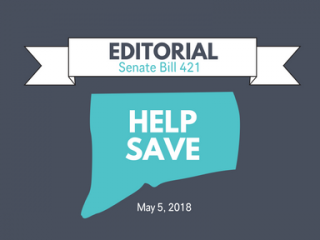 I’ll be sending out an agenda summary for next week’s RTM meetings soon, but before that I wanted to urge you to contact your state representatives this weekend regarding important legislation: Senate Bill 421, which concerns municipal budget reserves and collective bargaining agreements.  More specifically, the bill provides that “a municipal employer’s budget reserve equal to 15% or less of the municipal employer’s operating budget is not available for payment of the cost of any item subject to negotiation or arbitration.”

A municipal budget reserve is a town’s “rainy day” fund, and it is generally recommended that a town keep 9% to 15% of its annual budget in this account.  In Westport, our reserve fund balance is currently 12.58%.

In current negotiations or arbitrations, collective bargaining units may use an adequately funded reserve account as evidence that a town can afford higher wages or benefits.  This is an imprudent procedural rule for numerous reasons, including:

Town employees and taxpayers alike suffer when a budget reserve is insufficient because (1) large and unforeseen expenses could result in a drastic loss in town services  – including jobs, and (2) lower bond ratings result in needlessly expensive interest payments, which hamper town growth.

Senate Bill 421 eliminates the adverse incentive for towns to keep low reserves.  It’s not pro or anti-union.  It shouldn’t be politicized or affiliated with any political party because, simply put, it’s common sense.  The legislation has been endorsed by the Town of Westport, WestCOG (the Western Connecticut Council of Governments), and the CCM (Connecticut Conference of Municipalities). 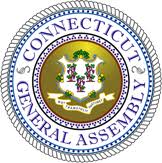 If you support this legislation as well please contact your State Representative and State Senator today and ask them to approve SB 421 before the legislative session adjourns next week on May 9th.  If you have friends in other Connecticut towns that might feel the same, spread the word.